Last night I played a sound healing concert in a health facility. I wanted to share this unusual experience with you. The room was nice enough but the ceiling was low, the floor carpeted and the acoustics not the best. The sponsors were welcoming, helpful and excited, many of them scientists. I was happy for the opportunity to introduce this modality to a group of people in the health field but as the room filled something felt off. In general I play in yoga studios, or places that have a strong spiritual connection. Here, that connection was not as evident- the people may have had this connection but not the space. When I started the concert my electronic tembura wouldn't work and the singing bowls sounded flat and discordant. People seemed to be shifting around quite a bit, there were babies who made quite a bit of noise, the owner decided to do something with the sound system in the middle of the concert that produced a loud hiss for several minutes...things that unsettled me.. Throughout the concert I was aware the the bowls just would not go into harmony with one another so I decided to play the gong earlier than usual in the evening. That did it for the audience. Within moments the power of that instrument settled people down and I returned to a group of bowls that were much more in harmony with eachother than how I had left them.. In the end, people raved about their experiece but I still felt uncomfortable and my Tibetan bowls definately did too.
Posted by Unknown at 6:27 AM 1 comment:

The last of the Tibetan bowl school June Intro classes was completed on June 20/21. It was evident from the students that most people do not know how to choose quality instruments. Students arrived with their collection of tingshas and bowls to show me with hopes of adding to their collections after the course. There were a few good bowls in the group but most of the bowls that came into the class had a tinny sound, few and faint harmonic overtones and the sound of the instruments faded away quickly. This is not the quality one would desire for sound healing sessions. Tingshas were suitable for getting attention but completly unacceptable for use as a diagnostic tool. They had a great deal of chatter, no lingering tone, and felt piercing rather than awakening in texture. During the weekend when students had the opportunity to listen to really good quality instruments, they began to hear tones and textures that they had not heard before. It was the first time for many of them that they were able to assess quality of sound. This was a great revelation to them and will serve them well for future selection of the sacred sound instruments.
Posted by Unknown at 3:15 AM 1 comment:

Have you ever been found? This week three people from my high school contacted me after finding me on Facebook. I haven't had any contact with them since 1969. As I look into the photos on their profiles I search to see if the spirit of the young friends I had back then is still with them. It is comforting to revisit part of ones history and to see where we have grown
Posted by Unknown at 8:45 AM 1 comment:

My friend Amrita Cotrell ( amrita@healingmusic.org) spends hours combing the internet to assemble valuable information on sound healing around the world. From her research, she puts together a Chronicle of Sound Healing e-publication that contains articles, studies, information and research about sound healing. If you would like to receive this journal email her for further details.
Posted by Unknown at 9:11 AM No comments:

Posted by Unknown at 2:25 PM No comments: 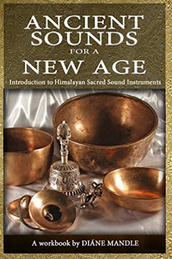